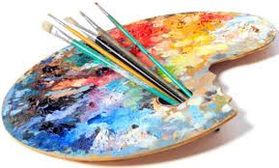 Here is a link to an art website that displays all of the Shickley Public School Elementary Students Artwork. Check it out! 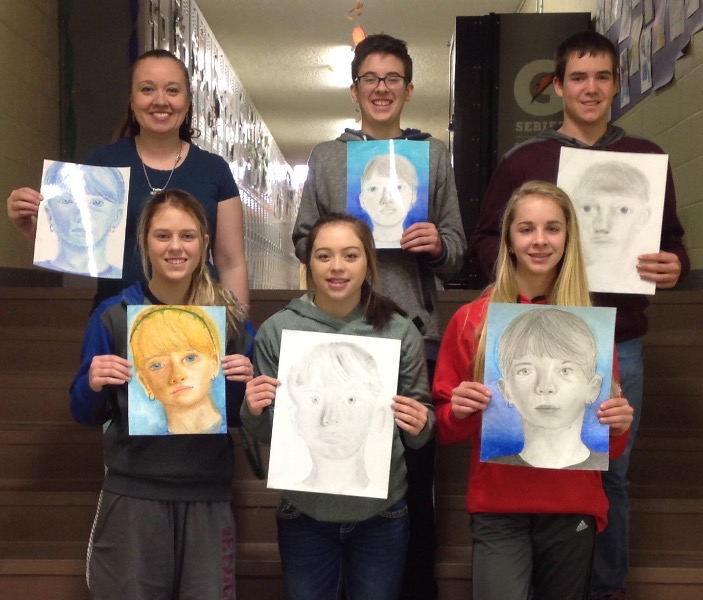 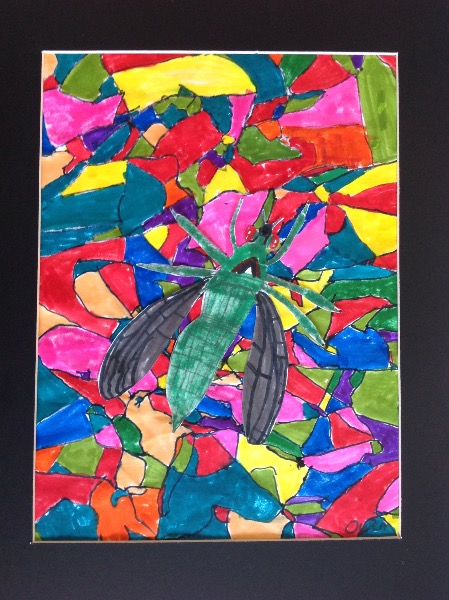 Youth Art Month is held every year in March. The Nebraska Art Teacher’s Association (NATA) celebrates by hosting an exhibit in the State Capital building in Lincoln. Every art teacher in the state can select two student artworks to . . . 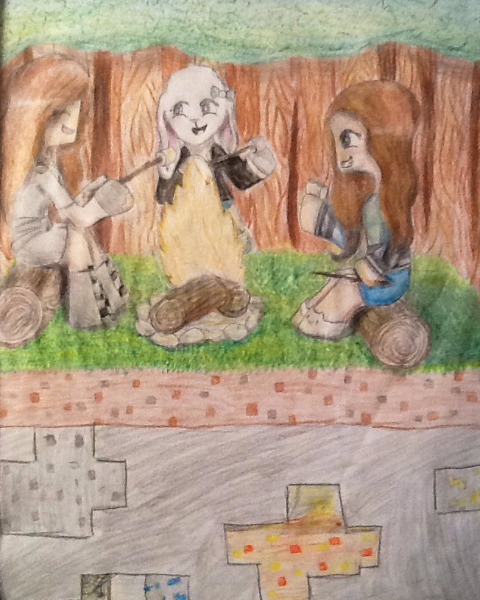 Great News!     Megan Grote, from Shickley High School, has been selected as a finalist for this week's "Artist of the Week" award for the 10th-12th age group on Artsonia, the online art gallery our . . . 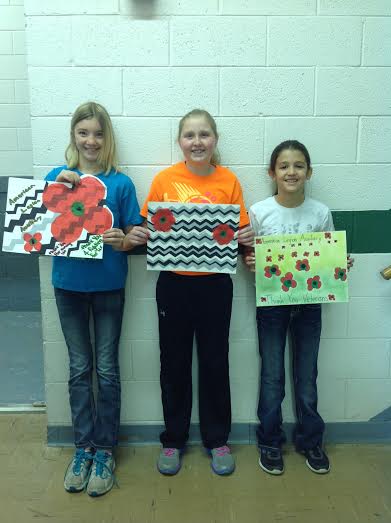 Students in grades 2, 3, 5, and 6 created posters for the American Legion Auxiliary Poppy Poster Contest. The posters will be displayed at a future time around town. Three finalists were chosen, and their posters will be sent on to compete . . . 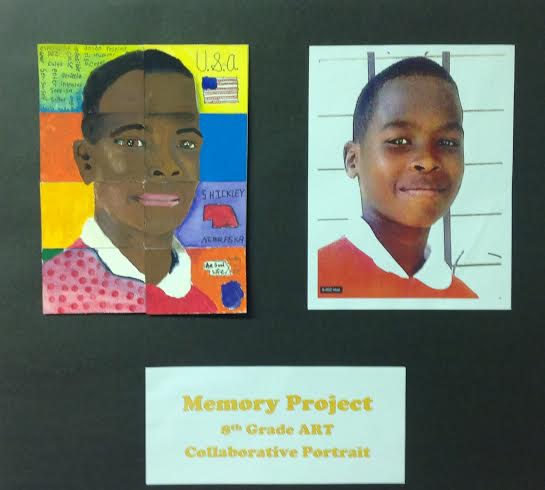 Junior high art students participated in The Memory Project, an organization that pairs artists with orphan children from around the world, bringing them an artwork of their portrait to show them that they are cared about and giving them a . . .

This year's bottle cap mural 2015 features two figures in silhouette leaping in motion in front of a four elements background: fire, wind, water, and earth. The 8 foot by 4 foot mural was created by K-12 art students. Thank you to . . .

Two fifth grade students had artwork displayed in the NATA Conference. They created Molas, based on the Kuna people of Panama. Congratulations Mariah Sliva and Tyler Grote! 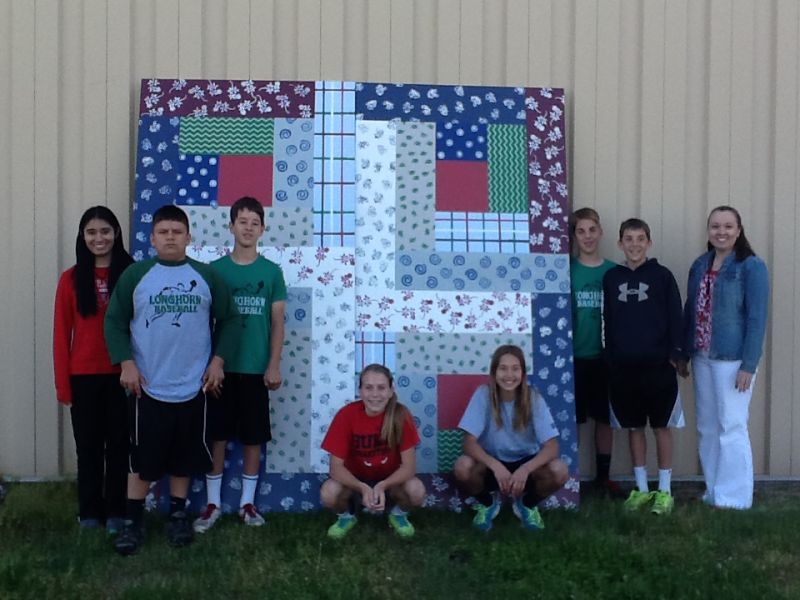 Mrs. Jorgenson's 7th grade art class recently completed a barn quilt for Pat and Renae Kamler.  It is a log cabin quilt pattern, which has family meaning as this was the pattern used by Mrs. Kamler's grandmother.  After the solid . . .

The Nebraska Art Teachers Association (NATA) hosted a Youth Art Month (YAM) exhibit in the state capital this March. The State Capital YAM celebration featured K-12 artwork from across the state. Each art educator was able to . . . 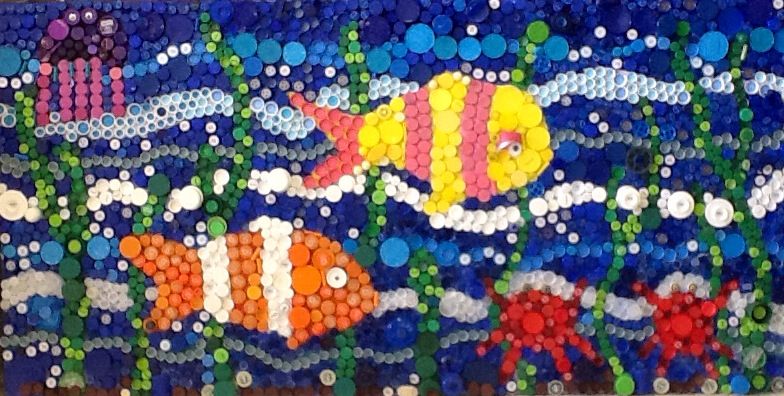 Delaney Davis had the winning mural design, and all grades k-12 participated in collecting and gluing on the plastic bottle caps! 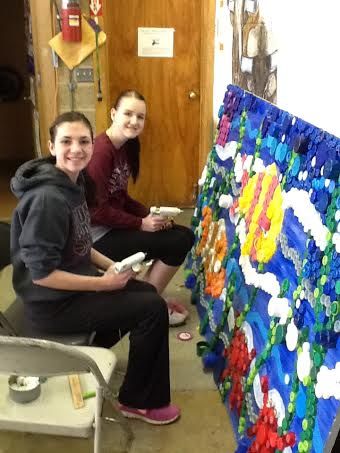 Here is a picture of the Art Mural in progress!

This is an FFA Mural made by the 2D art class, This class includes Logan Rosenquist, Jacey Shipley, Dillon Deepe, and Tyler Reece. This mural is used as a picture collage in the ag room.

This is an ongoing Longhorn/Eagle mural in the art room.   Traditionally, in the spring, the  Senior Art students are allowed to add to the mural before they graduate.  This spring they will be adding an eagle to the . . .